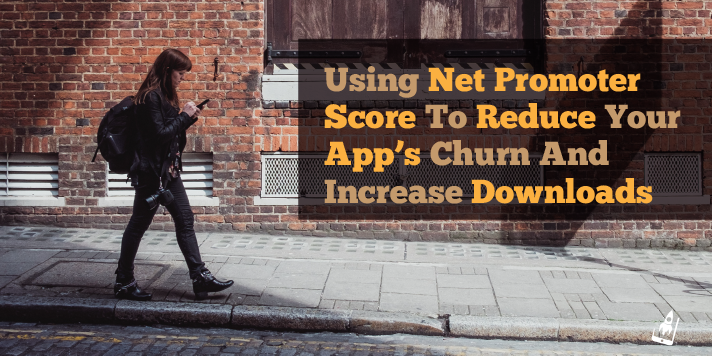 For most app entrepreneurs, managing app churn tops the chart of challenges that they face. It is tough, time-consuming and exhausting.

Its effects are detrimental too! App churn impacts user acquisition, their lifetime value and dents the developer’s balance sheet significantly.

It brings us back to the perpetual question. What may be the reason that a few apps experience skyrocketing growth, whereas a few others still battle churn, shoving growth aside?

There isn’t a single factor that makes a user stick with an app; there are many. For example, it may be due to an exceptional UI or a bug-free experience or a simply a unique service that the app has to offer.

When it comes to app install, numerous factors work in tandem. It isn’t surprising that an app that has checked all the right boxes with a user becomes a favorite instantly, converting app users into loyalists. Think Starbucks or Clash of Clans here!

It is, therefore, paramount, that we are able to scientifically measure customer loyalty. That’s where NPS (Net Promoter Score) chips in.

In this article, we are going to look at NPS and how app developers can benefit from this popular metric in reducing churn. Apart from that we will also be sharing tools that can help you in implementing this strategy within your mobile app.

But before that let’s evaluate as to why, measuring customer loyalty is important.

Why Do We Need To Measure App Loyalty

Just have a look at your smartphone and try and analyze a few apps on your screen. Chances are that a few of them have been on your phone for a prolonged period of time making you a loyal user.

Being a regular user of the app, wouldn’t it make sense if an app developer took your feedback in improving the app? However logical this may sound, it rarely happens.

As a common practice, app developers don’t shy away from pushing content via newsletters, In-app messages, and the likes, all in a quest to increase engagement. But would rarely reach out to their ‘loyal’ database for an opinion!

It is ironical that we tend to negate the fact that a customer is a high-value partner.

Marketing initiatives that hover around improving user experience are worthless without considering this valuable feedback from existing customers. How can you better a product for new users when you haven’t tested feedback from your loyalists!

Satisfied customers are bound to take your app to their friends, but how often will they do it is a difficult question to answer.

That’s when NPS comes into play. NPS or Net Promoter Score is a metric used widely to measure customer satisfaction. We had mentioned it briefly in a previous post that discussed how customer happiness can boost app downloads.

NPS  was revolutionized in early 2000’s by Fred Reichheld. This survey technique has caught the fancy of both small and big brands today, especially to measure customer loyalty. AppDynamics has an NPS score of 85.

A few known startups like Groove HQ have seen phenomenal growth by incorporating this metric as a part of their marketing strategy.

The Slideshare below shows how Mention– a popular media monitoring tool used this tactic it to reduce churn and increase happiness for their users.

Looking at the above example, I have no doubt that NPS can be replicated for a mobile environment as well. Given the simplicity of the approach, it can be easily used by app developers and marketers.

The only question that they need to ask their users is:

“How likely is it that you would recommend my brand/product/service to a friend or colleague? (Answers are based on a 0-10 scale)”

Doesn’t sound difficult, right? Once your users have responded to this question it needs to be followed by another one. At this stage you need to ask them:

What’s the most important reason for your score? (Descriptive)

Once there is access to sufficient data, app marketers can split it into three categories:

While analyzing NPS data isn’t rocket science, it still needs to be done tactfully. The folks at Zapier have created a beginner’s guide to NPS. This guide has systematically listed the ways to interpret this data and how to apply to your business.

For app developers, we have listed various ways in which it can help them curb churn and how they can proceed with it.

How To Send NPS To Your App Users?

There are three quick ways of carrying a net promoter survey for your app users.

5 Ways In Which App Developers Can Benefit From NPS Survey

Let’s begin by making a straight point here. Your app users deserve the best in this age of competition. You won’t go far in the absence of quality feedback.

A five-star rating may be a distant dream and customer will continue to delete your app if everything went ahead with ‘intitution’ or because you ‘feel that it is right’.

Net Promoter Score can bring harsh reality in front of app developers, but it is a legit method because it is scientifically backed

The survey done by GrooveHQ got them the following result. The team realized what their users loved about them and the same time they were able to gauge what irked their users. NPS surveys can help app developers in the following ways:

Running an NPS survey is much easier through an email campaign, but that also means that your users have to step out of the app to participate.

Doing it within the app, is therefore, are an excellent way of taking it straight to the user. A few tools that can help app developers are listed below:

Wootric allows its users to measure Net Promoter Score within their app. It offers three options namely: marketing, product owners, and C-suite. So whether you are an indie app developer, a brand or an app development agency, there is something for all.

Delighted is yet another tool that can help app developers with NPS surveys. Delighted  has been supporting the biggest names in the industry like UBER, PostMates and HotelTonight

For agencies or developers who handle apps across diverse geographies, Delighted also offers multi-language support. This tool can also be integrated with tools like Geckoboard, Slack and Zendesk amongst others. A few other tools like Apptentive and Mixpanel provide complete support in creating In-app surveys that can be tied up with NPS. Survey champs like Survey Monkey also provide an SDK for iOS apps.

The story doesn’t end here. After having analyzed the results of your NPS survey, it is advised to continually improve it. This can be done by segregating the feedback data and reaching out to app users when the feedback is actioned upon.

This will not only strengthen their belief in surveys like these it will also make them believe that you are working towards improving the overall app experience. The loyal growth that follows via a satisfied customer is hard to bargain. Bigger brands like Apple and Amazon are a great example of this theory.

A thought-provoking piece in the Harvard Business Review written by Frederick F. Reichheld encapsulates the essence of Net Promoter Score completely. It states:

“The path to sustainable, profitable growth begins with creating more promoters and fewer detractors and making your net-promoter number transparent throughout your organization. This number is the one number you need to grow. It’s that simple and that profound.”

How do you plan to use Net Promoter Score to curb churn? If you have been using this metric, how helpful it has been? Do share your questions, insights or blabs in the section below!