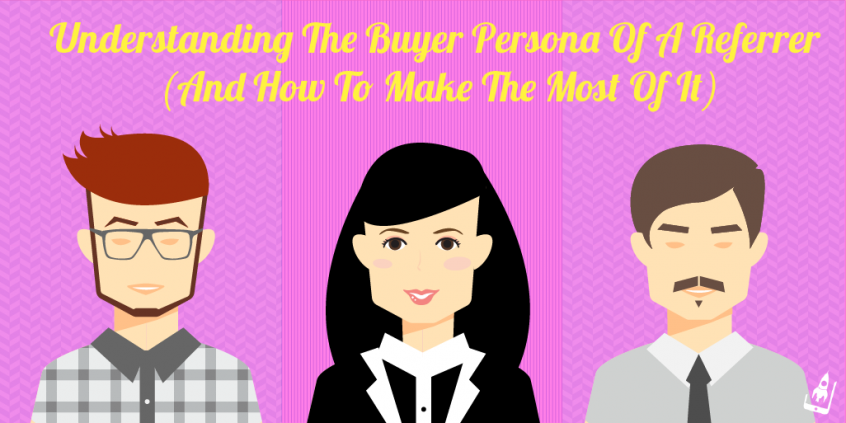 Let me begin by asking you a very interesting question. How well do you know your app users who refer your app constantly via In-app referrals? I have often posed this question to my friends in the app developer community and have been subjected to disconnected or inadequate answers in most cases. In my opinion, these responses lack data or educated assumptions that indicate poor knowledge that surrounds app developers today.

Ask any app developer today and they’ll agree to the fact that growing an app isn’t an easy task. Users have become smarter than ever, and while they are accepting newer apps by the day, they do not shy away from deleting the ones that aren’t worthwhile. In-app referrals is one such technique that has helped one of the biggest apps to grow, even in such a scenario.

Coming back to the question that I raised in the initial paragraph, the chances are that the developers may not know enough about app users that contribute to their referral program. This restricted knowledge can become a roadblock for app developers in the long run.

The Challenge- Too Little Knowledge About Users That Refer The App

We have often read about businesses that use buyer personas to enrich their knowledge about their users. Understanding buyer personas can help app developers in many useful ways since it exposes them to various categories of users, each of which can contribute to the app’s growth in a unique manner. So there’s a Jovial Jim– a user who uses your app, browses through it and doesn’t shy away from a paid version. Difficult Drew is the category of customer who is either too expensive to acquire or finds your app to be advanced (hence dissatisfied) and, therefore, contributes to maximum churn.

However, between these two contrasting personas lies an untapped category of users that not only use the app but also refer it. It, therefore, makes sense to understand the buying persona of a user who is a potential app referrer.

Let’s begin by analyzing a few known facts about a user that may refer you app. In most scenarios they are >

But this is limited knowledge that is based on assumptions. I am listing a stack of favorable links that can help app developers in understanding the concept and building a buyer persona from scratch. I am taking a detour here since I would want to explain other aspects of referrals (and buyer personas) in depth in the upcoming points. So without much ado here’s the stack

While it may be a tad tricky to create the right persona, a lot of developers may benefit from existent data around the app users. Evaluate their demographics, buying habits and take advantage of it to dig deep into more relevant data points. This task may require sifting the data and aligning it specifically to referrals.

A smarter way of doing this is through gathering referral stats from varied sources and not relying on only one of the source. A few of them may include the following>

While point 1,2& 4 may involve a tedious process, developers can benefit from point 3&5 by AppVirality solutions, that helps with the complete breakdown of In-app referral data.

Why Is This Important?

There’s a thing when it comes to marketing. Not everyone is your target audience! This also means that one has thorough knowledge about their users and more importantly the ones that bring them repeat or referral business.

To explain this better, I’m quoting a paragraph from the article –How valuable is your word-of-mouth published in Harvard Business Review. This article published in 2007, states the following: This statement coupled with various research on referral marketing summates the point of discussion clearly.

Putting It All Into Action

Once you have created a buyer persona and evaluated its benefits, you can move on to the next step of putting all this knowledge together and transforming it to boost your In-app referrals. There are numerous ways of implementing it. Considering that each persona has an end goal and may come across varied challenges, user personas may used in many different scenarios.

In-app referrals is one of the finest method of boosting organic app downloads, however, it may be quite meaningless in the absence of complete user knowledge. Buyer personas can significantly boost a developer’s understanding of the end users and more importantly the one that refer since it brings them more closer to the ‘right’ audience than the ‘general’ audience.

Did you consider that the buyer persona for a user who may refer your app may be slightly different than others? If yes, how has it helped your app grow?

We strongly recommend that our audience use this time-tested technique and gain from it. In the end, user personas will not only enrich your referral program it will also considerably boost it. Share your inputs in the comments below.