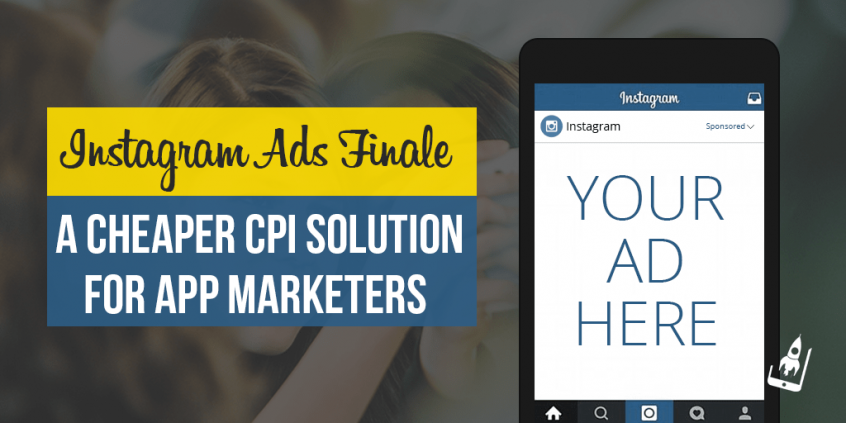 In a time when over 429 million users are blocking mobile ads, Instagram ads are laughing it loud due to its native ad platform. While this is one of the primary reasons for its growing popularity, it’s their lower CPI and CTR that is interesting app marketers, and numerous studies prove it loud and clear.

Like the one in which Urban Clap increased their app installs rate by 5% while lowering its cost per install by as much as 33% or Job Today, a Spanish app that helps millennials find new jobs in retail, restaurants and more used Instagram ads observed cheaper CPI (-37%), cheaper CPR (-39%) and better CTR (+22%) compared to other platforms.

While CPI and CTR remain a challenge, very few apps have been able to overcome this challenging milestone, without compromising on an overflowing budget. To understand the tricks around a lower CPI and CTR, we evaluated an Instagram- driven app install ad campaigns of numerous mobile apps. We found that this strategy included valuable steps as well as a sound know- how of key factors that influence CPI and CTR. Another interesting bit is the fact that most app marketers either tend to overlook these steps or choose to skip one or more.

If you are focussed on putting money on Instagram ads and continue to achieve lower CPI you need to follow a step by step approach.

Here’s how you can get started:

We know that the primary goal of using Instagram ads is to increase app installs and user engagement for your mobile app.But a lot of you often miss is the subtext of such ad campaign. Having a clear goal helps in setting the pace for precise targeting- a key part behind the success of an Instagram ad campaign. A few campaign goals can be

Most of the apps that we evaluated had a clear campaign goal from the very beginning. Not only that, but the ad copy also went hand in hand with their desired goals. Here’s an example that emphasizes the of ad that caught our eye. Bride story is a platform that provides visual inspiration to thousands of brides along with a dedicated link for vendors. When Bride story launched its mobile app, its goal was to use Instagram for its visual platform and clearly Instagram ads topped that chart. Kevin Mintaraga, CEO of Bride Story said

“Instagram is where young people are spending their time on mobile, which made it the right platform for launching our mobile app. Instagram ads helped us reach the right people with visual content (in a range of creative formats like cinemagraphs) while driving app installs – which is our ultimate aim.”

What Can We Learn from Bride Story’s Instagram Ad Strategy

Having identified and aligned its core goals at the very start of the campaign, Bride Story was able to achieve a bevy of loyal users ( people who use the app at least three times) as compared to other media channels.

Most mobile apps that have achieved success with Instagram had one thing in common- a deep understanding of depicting their value proposition by finding a balance between visuals and text. Instagram ads that chose an engaging image and the right text ( a blend of right hashtags, message, etc.) did  better in terms of CPI.

How’s it all connected?

An interactive image has the power to attract clicks which in turn influence the CPI numbers. Peep Laja, founder of ConversionXL and one of the leading conversion optimization experts in the world, talks about the way images impact conversion rate in this article.

Creative Acquisition an agency that facilitates Instagram ads did a study and had the following stuff to say.

The difference between optimized creative and poor-performing creative can often cause a change in cpi of 10x or more. We’ve seen advertisers go from $80 cpi to $3.00 cpi in a matter of days, as a result of introducing creative that performs significantly better.

Instagram ads by Japanese mobile app Fril are an excellent example of creative optimization. The app’s goal was to drive app install in a cost effective manner. Here’s an image that shows one of their top performing ad types In Japan, even everyday fashion is avant-garde. Here’s what Fril did to achieve success

By using creatively optimized Instagram ads for both image and copy Fril app was able to achieve a significantly lower CPI as mentioned below.

Instagram ads are usually available in two broad categories- image and video. While both mediums can be a part of an Instagram ad campaign, individual CPI’s would vary from one format to another.

ICQ a chat messaging app wanted to increase user acquisition and tested both photo ads and video ads as a part of their Instagram strategy. They approached both the medium in a unique way. While using image ads they took a direct messaging approach, while the videos focused on in-app features. ICQ achieved phenomenal success with their Instagram ad campaign however what’s noteworthy is how it impacted their CPI. ICQ gained 98% lower cost-per-install on video ads compared to photo ads!

Geography and audience can substantially affect the CPI of an Instagram ad campaign. If your mobile app is being tested in multiple markets, you need to be ready to brace the changing CPIs. Salesforce did an indepth study and found that the CPI’s were the most expensive in Australia, New Zealand, and Latin America.

Here’s a glimpse of a country wise breakup On an audience front, a higher audience count leads to lower CPI.

App categories also play a significant role in defining the CPI. The Salesforce case study also observed that a few categories were expensive than others. What Else Do You Need To Know?

Having understood the specifics, one needs to remember one final bit about the Instagram ads- the one that hovers around audience targeting and bidding. If you’ve been using Facebook ads, there isn’t much of a change for you. That’s because all facebook targeting is available for Instagram ads as well, with the exception of FBX and Dynamic Product ads. Apart from that, you can also use powerful campaigns around Custom Audience or Lookalike audience.

The most detailed information on targeting can be seen here. Even though our aim was to include tips on bidding in this part, we feel it requires a more in-depth approach, which we will cover soon.

What steps have you taken to include Instagram ads in your marketing strategy? While we feel that it is an excellent way to increase app installs at a cheaper cost, we would love to know your take!

Do let us know in the comments below.