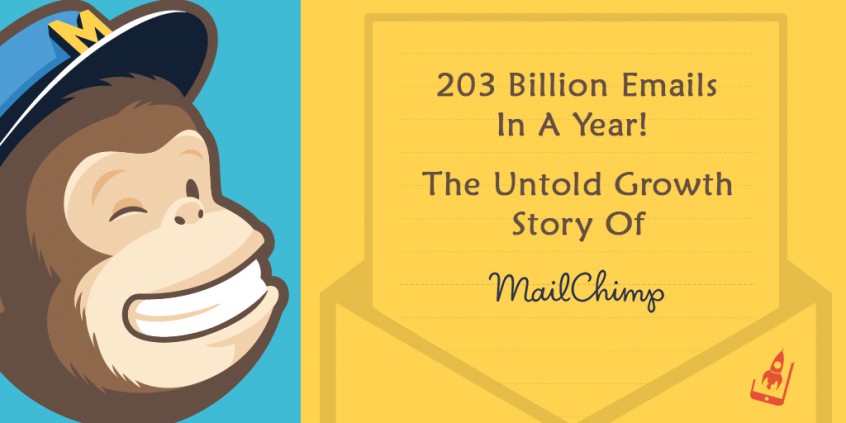 Having a chimpanzee as a mascot is bold and fun at the same time. But that’s not the only reason that separates MailChimp from its competitors. At AppVirality, we’ve been avid MailChimp users ourselves, and just like any SaaS product would do in today’s time, we recently received the mandatory ‘end of the year’ update from them.

However, what sets it apart was the thought that went into conceptualizing and creating this piece of beauty.

For most bloggers, entrepreneurs and startups, MailChimp is a tool that echoes personalization, comfort, and ease. Therefore, it isn’t surprising to see it as the first choice for many.

This year MailChimp sent out over 203 billion emails, and it is safe to say that it has come a long way from its launch in 2001 as a paid email marketing service.

Emails sent out by MailChimp in 2015!

What has been the reason behind MailChimp’s enormous growth? Given our love for dissecting growth stories, we couldn’t resist ourselves in unearthing the factors responsible for this giant’s success.

A lot of startups have benefitted from going the freemium way, and quite frankly it enjoys the repute of an ace in this game. For early stage startups, a freemium model looks like the thing to do. However for MailChimp, the story was a tad different and quite understandably perfect. Ben Chestnut, the Founder and the CEO of MailChimp said in an old company blog that:

“We spent years building up a powerful, affordable, profitable, self-serve product. We invested heavily in our API, which now has more than 70,000 users. We got smarter at deliverability, scalability, and abuse prevention. Then, the cloud made all of the above even cheaper. We took advantage of those savings and made stuff free.”

He further stated that:

“We’ve worked hard for many years to build a powerful service that actually makes email marketing fun. And I want the entire world to experience that fun. It’s also kind of a cool idea to think of bajillions of “serious” business newsletters being distributed with little monkeys in their footer. And it was also a way to thank our customers. Many of them were able to switch from paid accounts to free”

A year after going the freemium way, MailChimp was able to add:

MailChimp is a great example of offering an evolved product to its users for free; Ben summates this decision as

“There’s a lot of number crunching and analysis that goes along with freemium. But if anybody out there thinks this was motivated by some kind of competitive business or marketing or pricing strategy, I’m sorry to disappoint you: we just did it for fun. If it’s not fun, what’s the point, right?

However, it should be a conscious decision for new-age startups if they choose to follow this path.

Test Your Own Product

When I say, test your own product, I do not mean the A/B testing way! What I mean is testing your product via a campaign – in the public domain.It is easy to propagate a B2C product, however using it as a case study internally may be an excellent way to boost customer awareness and trust.

For example, when MailChimp launched their SMS app Gather, they used their own platform to send out newsletters to their users. They even did a post around it. As a user, this strategy provides a lot of comfort to new users, who may be in the midst of trying out your product.

The mark of a good product is to seek feedback from users, and evolve with time. The same is displayed in the MailChimp product suite as well.

While technical changes are a part of any tech-based business, it is the mindfulness associated with end users that matter the most. It is ideal to launch new versions of the product, allow more integrations and work on new updates since it is the logical way forward. However as a user one gets delighted at simple changes, take for example the inclusion of emoji support for subject line!

A lot of us may chuckle or even LOL at the thought of emojis, however with a never before addiction to this electronic communication, it made a lot of sense for MailChimp to introduce it as a part of their offering.

The idea for them was to evolve with time and allow people to say more with images. This change was also considered because of the change in the way people access emails.

While building a fun brand may not be a solid metric for growth, it still is a way of making people talk about one! The story of MailChimp, screams ‘cool’ from all sides. Right from its mascot Freddie (Frederick Von Chimpenheimer IV ) to the brand tone, every aspect of the customer facing side speaks a similar tone.

In various interviews and discussions, Ben has suggested that the name MailChimp was coined more like a joke!

In an article published in Fast Company Chestnut said, “We weren’t banking on MailChimp, so we could take risks and be funny, and very non-corporate.”

Sharing Freddie paraphernalia (read T-shirts, knit caps, toys et al.) with their community looks like a great strategy for MailChimp, however, this strategy has not been a mere marketing gimmick for MailChimp. It is a way of testing, surprising and delighting their everyday users.

Mark DiCristina, the Marketing Director quoted in an article “We think of them as gifts. There’s no way to directly measure the impact of giving away shirts and hats, and that’s OK with us. Thinking about them as gifts changes our perspective, too.

If we considered them primarily marketing expenses, we’d want to figure out how to minimize cost and maximize the brand effect—essentially, we’d be thinking about ourselves. As gifts, we think first about the recipients and about how they’ll feel when they receive the gifts. So we go over the top to make people feel special.” MailChimp has definitely garnered an enormous patronage due to the word-of-mouth created by their startup swag! Needless to say, it continues to bring a truckload of loyal users on their table.

While many brands have adopted a similar tone with its users now, MailChimp has been doing this for the last 15 yrs!

Any startup that has its focus on growth CANNOT do without crunching valuable data. It is a metric that can open a treasure trove of opportunities for improving your product and delivering the best to your users.

MailChimp used data to analyze trends, launch unique features as well as in improving its team’s productivity. After launching their freemium version, MailChimp had to battle quite a few roadblocks, a significant one being the volley of abusive and spammy users.

By using metadata MailChimp developed an artificial intelligence model called Omnivore, an abuse prevention initiative. They’ve also got an abuse desk in place to deal with any issues and educate its users.

Being Honest With Your Customers/Users

Honesty is ingrained in the DNA of focused and growth-centric startups. That’s simply because they value their end users a lot. Buffer is well-known in the startup arena,  for the level of transparency it shares with its user. Very recently Ryan Hoover also went public in response to a Medium post that criticized Product Hunt.

And why do you think this will ensure growth? That’s because users value transparency and, in turn will value you more. In the long run, this is a great growth currency.

MailChimp v/s Constant Contact is a popular debate amongst marketers, however, MailChimp has been remarkably open in their approach while dealing with users in this regard. A recent post on Medium titled “ What Mailchimp taught me about saying no to potential customers” by Mitchell Harper of PeopleSpark, states his observation about MailChimp. He says that:

“Around 2012 I saw something really interesting on Mailchimp’s web site. I can’t remember it word-for-word, but they basically said something like this:

If you want a simple, beautiful DIY email marketing product, use us. If you need your hand held and want lots of support, go use Constant Contact. They even linked you to Constant Contact’s web site.”

Mailchimp had also put up a complete guide to facilitate its users around the same topic. In a nutshell, it is these tiny non-technical bits also matter and will strengthen your image and make your startup grow faster.

Massive growth cannot be planned or replicated, however if we deep dive in the ecosystem, we can witness similarities between the ones that have now become a benchmark. When Ben Chestnut was asked about the factors that favored MailChimp’s growth he said that going freemium helped them scale.

He also added that “ Being different. Different in our design, our name, our personality, our approach with customers, and just about everything. By being different, and therefore not dwelling on the competition or playing by their rules, it basically made us more creative and nimble.”

While this was our dissection of MailChimp’s growth story, we are all ears to what you think may have worked for them! Do let us know your thoughts in the comments below! 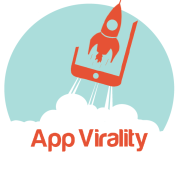