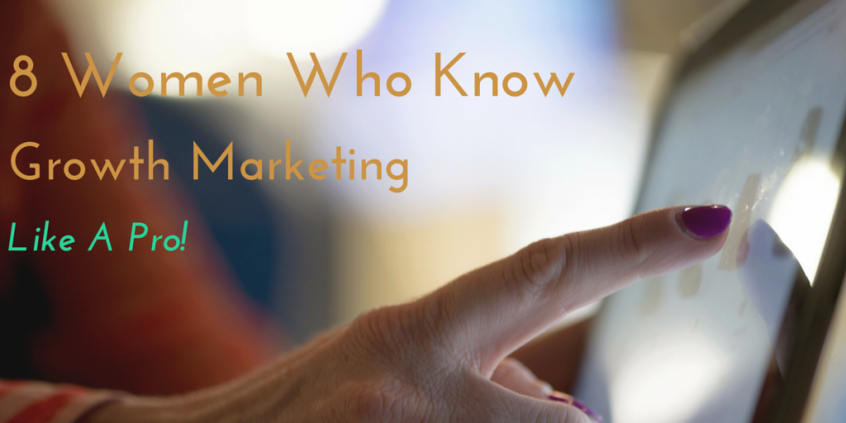 Last week the wonderful folks at HubSpot posted a guest article by our co-founder which spoke about ‘15 growth hackers that everyone needs to follow’. Since it was a great post, we all waited for some quality engagement to follow. The comments and tweets that followed the article were quite delightful until I sighted this comment >

This statement was hard hitting, and I wondered the numerous reasons that may have led to women being omitted out of this list. Was it lack of judgement or something else? Though it was all unintentional I could strongly feel that the article may have upset a group of our followers, which led me into an introspection mode.

Later I realised that all this fuss originated after we had openly discussed an article within the team. The article in question mentioned why Buffer has removed the word ‘hacker’ from its job descriptions.  I vividly remember that all of us in the team had agreed to the thoughts put forth in this brilliant article. Being part of the core (and only woman) team I could relate to the hurdles the word ‘hacker’ may pose for our future hiring since our sole aim is to bring diversity (without any gender prejudice) on the table. Hence, I can totally blame the article for playing with our subconscious mind, albeit in a more positive way.

Jokes apart, we’ve always valued women, but I feel that the term “hacker” somehow does not resonate well with them. Don’t get me wrong here, it’s like one of those situations when you’ll place a woman instead of a man when someone utters the word ‘nanny’. I hope you all get the context clear here. For me, they have been brilliant growth marketers who are instrumental in supporting growth for their respective teams.  This includes various aspects of the business like acquisition, engagement and activation amongst others and hence their roles vary from being a strategist to a content crafter or even being a kickass marketer.

To do justice (as one amongst the growing tribe) here’s my tribute to these wonderful women who make growth marketing  a delightful experience for all of us in the community.

If you are a regular on platforms like Inbound.org, Growthhackers or ProductHunt you cannot miss Nichole. A powerhouse of energy she has been instrumental in the consistent growth of the above-mentioned platforms, where she essays the role of a moderator.

Have you asked the @Buffer team a question yet? Don’t miss out! They’re doing an #AMA tomorrow on @Inboundorg: http://t.co/9YYHKw4sWz

Her passion for growth is reflected in this interview which is  full of insights for anyone who wants to improve growth metrics for their team. She regularly blogs on Medium and if you stumble on her profile, don’t miss this  article that lists her pick of ten inspirational growth hackers.

A list like this isn’t complete without the mention of Ellie Mirman. As the head of HubSpot inbound marketing funnel, and one of its first employees, Ellie has led the growth from the start. She specialises in lead generation, email marketing and marketing analytics and constantly shares her knowledge on the HubSpot blog. Her insights are crisp and provide great value to the readers.

Tia is a social strategist with Unbounce. That mixed with her love for landing page makes her a growth expert in her field.

7 Ways To Use Landing Pages For Social Media Campaigns (and How To Track Them): http://t.co/kEuYxdMJEQ pic.twitter.com/gqaYfrqg7w — Tia K (@lil_tea) March 4, 2015

Tia is also responsible for building an online community for Unbounce and frequently writes on topics that merge her love for social media and landing page optimisation. A few of her informative articles can be read here.

We know Buffer for two reasons. Firstly, for the amazing product that it is, and secondly for the incredible content that the team produces every day. Courtney is one of the most important pillars when it comes to creating quality content which is responsible for the growth of the Buffer blog. She has also written for publications such as TNW, Search Engine Journal and Huffington Post to name a few.

@log_stone @buffer @growthhackers Ooh, great line of thought! It might have a slightly different connotation for growth hacking; not sure… — Courtney Seiter (@courtneyseiter) March 13, 2015

Violeta is the community builder for Amazemeet, a product that aims at simplifying meetings. Apart from that Violeta is an avid blogger and churns out exciting content on her personal blog. She had also conceptualised BeTweet– a support system for start-ups and is an active contributor on all platforms that echo growth hacking.

Tiffany is currently the Digital Strategy Director for Powered By Search and perceives herself as an “aspiring growth hacker”.

Her strategy includes conversion rate optimization which has led her in attaining growth for the various brands that she has been associated with including Shopify. This article by Tiffany is a must read for all marketers who wish to save that extra buck while implementing a PPC campaign.

One of the co-founder at Tinder, Whitney made the app grow from scratch until they parted ways. True to the spirit of growth, Whitney has recently launched a new woman-first dating app called Bumble.  Here’s a great article that talks about her growth plans for this new app.

If we go by her LinkedIn profile, Ina is responsible for growth at Zumper. But there’s more that meets the eye. Ina has also been closely associated with Tradecraft where she learned the ropes of the business and it is quite delightful to read her growth stories on Medium.

On Female VCs and founders, @thegothamgal: Women will do whatever it takes to win. If it takes longer, they don’t care. #launchfestival — Ina Herlihy (@inaherlihy) March 4, 2015

Though this list is not as elaborate as the last one, it still makes us look up and value the ones that are making a difference. That being said, here’s my endnote:

During the course of my work, I’ve interacted with enough women who have been supporting the pillars of  a startup ecosystem and are essentially growth hackers in their own right. However, I still feel that somewhere a tag like ‘hacker’ alienates them in a certain way. In my opinion, it is time that we re-define the meaning of growth hacking in a way that it resonates with more and more women around us.

How many women in your start-up don the hat of a growth hacker? Do you have a more neutral designation tag to support? Alternately, if you are a woman, what makes you use this tag? I’m too keen to know your views!

Till then I’m happy with just ‘Growth’ minus the ‘Hacker’ as part of my role description.